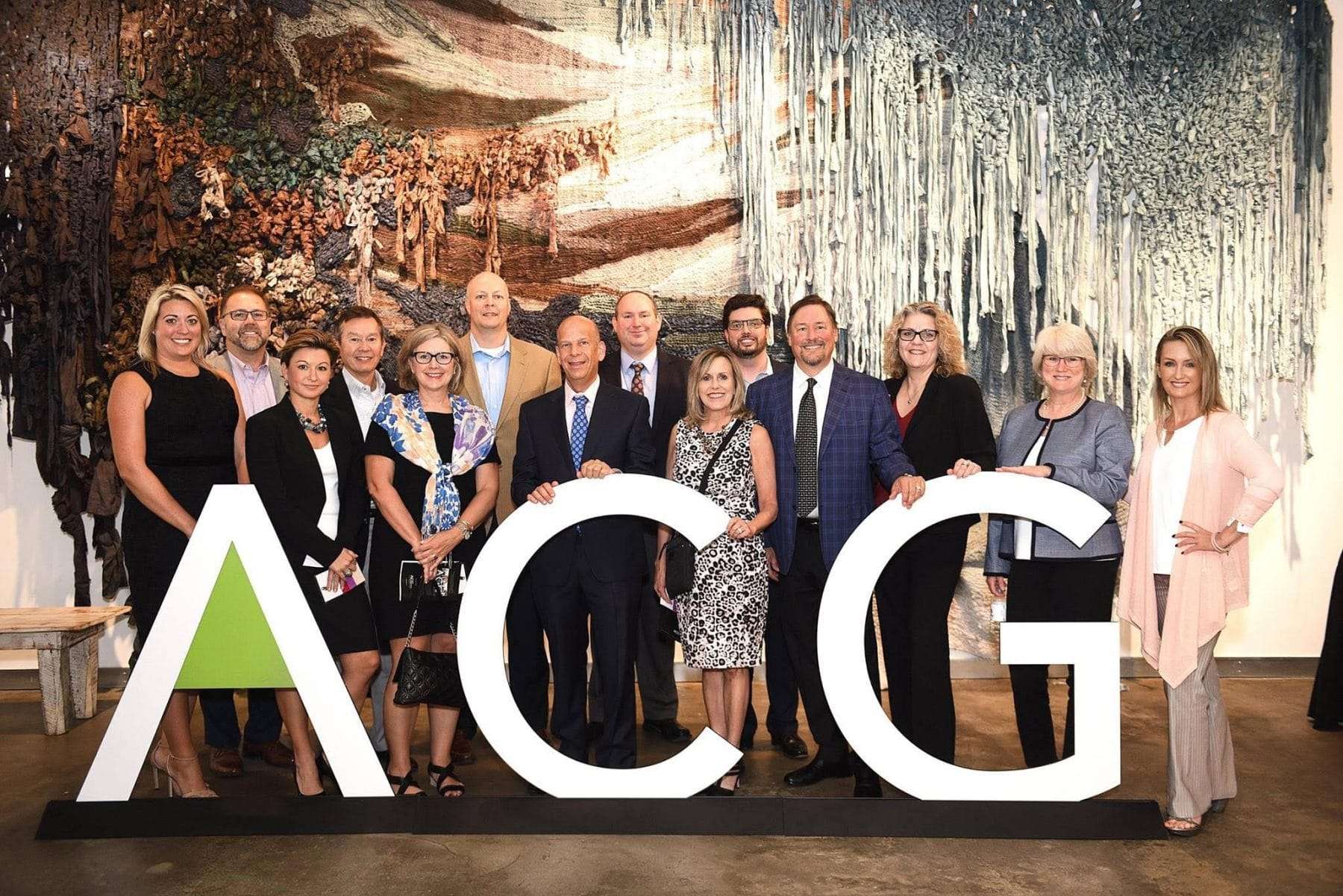 ACG, the Association for Corporate Growth, is an organization that provides a global community for middle market M&A dealmakers and business leaders focused on driving growth. Founded in 1954, ACG has over 50 chapters all over the world and represents 14,500 members. Matthew May and Janelle Spanjers had the opportunity to chat with Melanie Brandt, the President of the ACG Atlanta Chapter. They’ve been a valued client of ours going on four years this summer.

Tell us a little bit about ACG and how you ended up there.

Sure! I was the Chief Operating Officer of the Technology Association of Georgia (TAG), and I loved it. TAG is a great organization, and I learned so much from Tino Mantella, the former CEO. ACG reached out to me, and at first, I was hesitant because I was so happy where I was. But the more I started learning about the organization; the more my interest was piqued. TAG does a lot with entrepreneurs and Fortune 500 technology companies, but there’s this whole world in the middle, the middle market, that needed support. So I started learning more about it, the number of employees in the sector and market segments, and the impact on the community. On a global scale, ACG is bigger than TAG, but locally it was a smaller organization. I saw an opportunity for growth. Plus being the number one at my own organization was appealing. So I took the leap!

What has been your proudest moment at ACG so far?

Back in 2017, the board promoted me to President and CEO. I initially was hired as their first Executive Director, a position that I held for four years. Before being hired, they were using volunteers and contractors. As we were transitioning to who was going to be the next President, which was a volunteer role, I had the conversation with them about the difference between what an Executive Director does and what a President/CEO of a nonprofit does. While the majority of staff at ACG chapters are Executive Directors, the title is very antiquated, so I made the argument to the board and made a case for it. I received a lot of support, and they promoted me. I was thrilled that they had the confidence in me to go ahead with it. I still have the same job, essentially, but the title change was helpful. It allows me to go into these middle market companies and meet with other CEOs as a CEO myself.

So following the success of Atlanta, you took over Birmingham — can you share more about that?

We did. We had members from Birmingham, and the way that it worked at ACG is that that have to join a chapter closest to where they’re located, but Birmingham didn’t have one, so they could join any chapter that they wanted. We had a decent number of members from Birmingham which made up about 5% of our membership base. That was with no effort, marketing, outreach, or support. The thought was that if we have 5% without trying, how many could we get if we put some effort behind it? The plan was to annex Birmingham, but the more that we talked to them, the more we realized that that wasn’t going to be good for them. They wanted to be their own chapter, their own culture, and they had everything in Birmingham to do a deal. That was the messaging. We ended up pivoting and decided to support them and launch their chapter.

Capital Connection is one of ACG’s longest standing networking events. Who has been your favorite speaker thus far?

I loved Marcus Lemonis from The Profit on CNBC. He was such a great guy and a great speaker, and it was so unusual because he wore jeans, he got down in the audience. He went down there on the floor, and he challenged the audience. He wanted to know something they’d never told anyone professionally. One guy was talking about his wife and the problems that she had getting pregnant. You’ve got to imagine the room. These Capital Connection events are, statistically, 14% women and 86% men and they’re all in dark suits and ties. And here you have Marcus Lemonis challenging them to become more real and more personable at work. He asked, “How many of you know the names of your employee’s children? How many of you can name five employees, where you know the names and ages of their children?” A smattering of hands go up, and he says, “That’s ridiculous.” So it was unusual but also interesting. I think that he was probably my favorite that I can think of in the short term.

You have another event, the Fast 40. Which company or CEO has been your favorite that you’ve had the opportunity to meet?

There are a lot. It’s hard to choose. The one that comes to mind is Thrive Farmers. They’re here in Atlanta, and a handful of people have heard about it. They are a missional coffee company, and their mission is to help farmers in other countries, typically third world countries where they make coffee, thrive, hence the name. They help them set up their businesses. They make sure that they get fair market rates. They go into these countries and purchase their coffee in a way that sets these farmers and communities up for generational success and prosperity. The reason they were a Fast 40 company is that they got the Chick-Fil-A contract. So they went from being a coffee company and then all of a sudden they’re the sole supplier of coffee for Chick-Fil-A around the world. Fast 40 is about companies that grow in revenue and employees so you can imagine that you get that contract and you have to scale pretty quickly. Tom Matthesen is their CEO, and he’s a great guy. He worked for Presidential Financial, and then he transitioned to a middle market CEO role, so I ended up putting him on my board because he’s got such a great perspective of both worlds; the vendor world and now someone that’s running a middle market company. I would have to say that he’s one of my favorites. 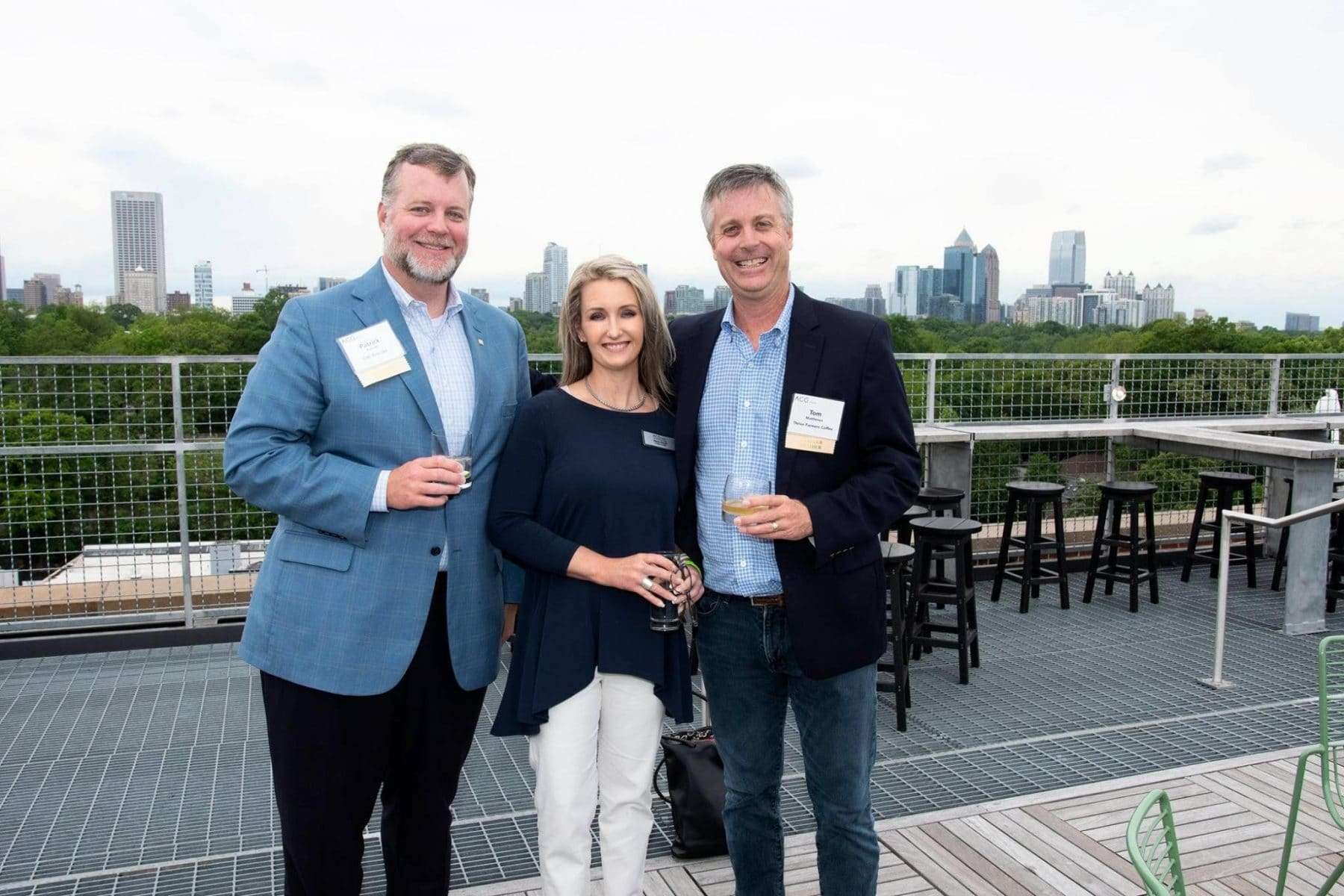 What things do you enjoy doing outside of work, or what are some things that people might not know about you?

I am very active in my kids’ lives. My daughter is on a tennis team, and I’m the captain. I’m on the board of the upper middle school PTA. My son goes to a Christian covenant school, which means that parents are heavily involved with the teachers and administrators. There are a certain number of volunteer hours you do in the classroom every year. This is a huge blessing because I have this great job and title and make a great living, yet I’m still afforded the flexibility to be active in these ways. And so I’d say maybe that would be something that I feel like, I don’t know if it’s unusual. I think a lot of people try to do that, but I definitely feel like I’m blessed in that way. That’s awesome.

Do you have a motto that you live by in your personal and work life?

One that has stuck with me for roughly 15 years is, “Forgive yourself immediately for any mistakes” from the book; Nice Girls Don’t Get the Corner Office. We’ll make a mistake professionally, and we’ll say something that we think was stupid. We’ll throw out an idea that gets squashed down. We will send the wrong email, we’ll do something wrong and make a mistake, and then we’ll fixate on it for the rest of the day. While you’re fixating on it, you’re setting yourself up for an additional mistake because you’re not paying attention in a meeting, not hearing something important, or you’re losing sleep because you’re beating yourself up and you’re not as focused. I have to remind myself to forgive myself immediately for a mistake. Half the time everyone else has forgotten it, and no one else is thinking about the stupid thing that you said in that meeting three hours ago, but you’re still thinking about it, and that’s counterproductive.

Where can potential members learn more information about ACG?

Of course the website, which is acg.org/atlanta, but the other thing I always suggest is that they come to an event. You don’t have to be a member. We have an open bar, and the food is always great. We have about 25 to 30 events a year. The way that you decide if a networking organization is a fit for you is to go to their events and see if you meet interesting people and if you’re interested in their topic. If you meet people who can help you in your career, help you make money, and help connect you to others, then join and keep coming!

We love Acuity! Let me give some of the backstory. The year after I got the promotion, ACG Atlanta won Chapter of the Year out of 56 chapters, which is a big deal. Then I won the President’s Award For Excellence and Achievement by an ACG Chapter Executive. I won that because of Gloria Canter, my coworker here. It’s the two of us who run the organization, and when she came on board, it allowed me to focus on some out of the box things and take some risks because she handles things so well. One of the things they judge us on is transparency and financial risks. As a global organization, they have liability. If we, as a chapter, mess up in any way, they have to come in and bail us out. They love the fact that we implemented, through Acuity, all of these great transparent processes. We’re a nonprofit, so it’s essential. It’s been great, foolproof, and has let me take all of the financial stuff off my plate. I know that it’s being handled and it’s handled well. I want you guys to know that you’ve been great, and I really would say that’s a big part of the reason why we got the recognition that we did. Thank you for that.