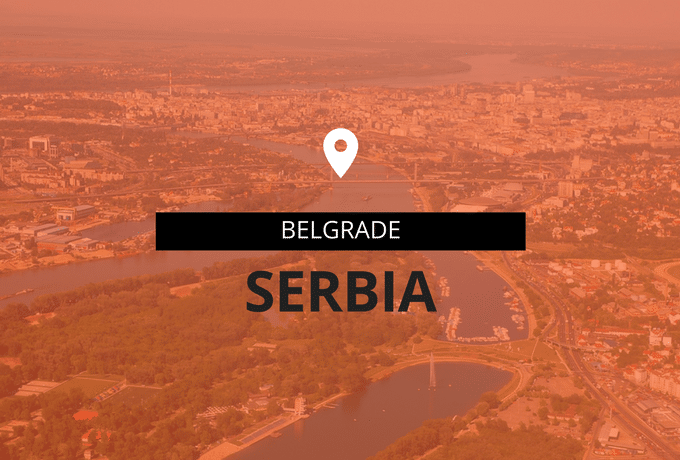 Around the World: Part 8

Around the World: Part 8

Where in the world is DMac? Your #remoteyear update is here – checking in from Belgrade, Serbia

After a brief stay in the breath-taking Czech Republic, Acuity’s Account Manager and world traveler, David McLaughlin (AKA DMac) has officially landed in Serbia. If you happen to be tuning into this series for the first time, David has been exploring Cordoba, Buenos Aires, La Paz, Cusco, London and Prague through the Remote Year program, which allows its participants to work remotely while traveling around the world. This month, we’re highlighting David’s adventures in Belgrade, Serbia.

Quick history lesson – Belgrade has had a long and storied history throughout the ages and has been fought over more than 100 times. It was conquered by both the Roman and Ottoman Empires. Signs of Belgrade’s violent and chaotic past remain to this day. Bombed out buildings from NATO’s air campaign in the 1990’s can still be seen around the city. Situated on the banks of the Sava and Danube rivers, this beautiful city is building a brighter future.

The restaurant I enjoyed the most was the Dorian Gray. Literature fans will remember the book by Oscar Wilde, “The Picture of Dorian Gray”. Dorian is a handsome young man that indulges in every pleasure (moral and immoral) and studies its effect upon him, which eventually leads to his death. Eating at the Dorian Gray is an similar indulgence in pleasure (moral and immoral). The Beef Tartar was the best in Europe, the Dorian Grey Fillet Mignon was divine, and the “Oscar Wilde” chocolate cake was so sinful, it should be illegal.

Sounds delicious. Will you be exploring any other cities while you’re there?
This month I took a side trip to Sofia, Bulgaria. Sofia is a beautiful city located at the foot of the Vitosha mountains. Filled with history, the city is proud of its many influences. I was able to visit the Roman ruins and many other historically significant sights in the area. Sofia is one of the 10 best places to start a business in Europe, especially for technology companies.

Facing any challenges working remotely?
As I travel further and further away from the United States, the time difference is becoming more of an issue. I am currently 6 hours ahead of EST, which means that when I finish my day at 7 pm, it’s only 1 pm back home. Unfortunately, I typically end up working after dinner, late into the night, in order to keep everyone productive back home.

Any travel tips you’ve picked up on in the last few weeks?
When people ask where you are from, never tell them the United States. I am proud to be from the USA, but I am tired of hearing about how we have ruined the world. Our music, our television, our fast food, our influence is present in every corner of the globe. As the sole global superpower, let’s just say that the rest of the world things we should set a higher standard…

Stay up to date on all DMac’s travels with this itinerary:

Subscribe to our blog, follow us on Twitter & LinkedIn, and like our Facebook page to never miss an update on DMac’s travels. We’ll use the hashtag #DMacRemoteYr or #remoteyear as we update you on his adventures as he takes Acuity around the world.