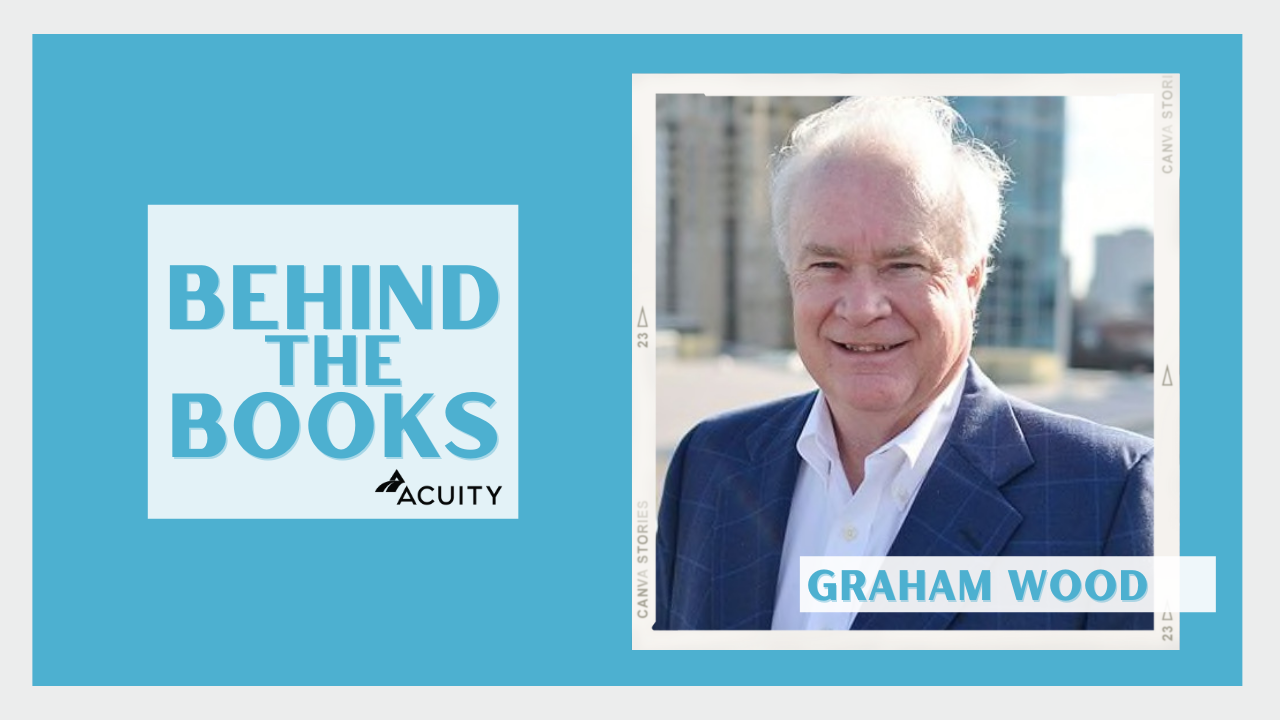 Behind the Books: Meet Graham Wood

Behind the Books: Meet Graham Wood 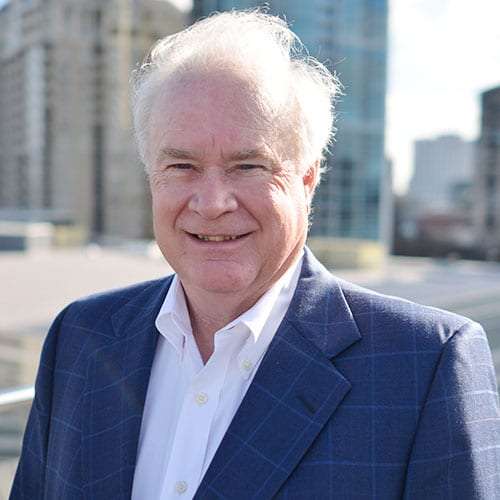 Today we’re talking with our Senior Partner, Graham Wood, to learn about the work that he’s done at Acuity and throughout his 30-year career. If you’d like to skip the transcript you can watch the full interview at the bottom of this post.

Let’s start at the beginning. Where did you grow up?

Where do your collegian allegiances align?

Basketball is the University of North Carolina Tar heels where my dad attended school and where I’m basically from. Football, it’s Auburn.

How’d you get into accounting and finance?

I went into undergraduate at Oglethorpe University, and I was looking for a major that I really hadn’t thought about. I met with a business school dean, and he said, “Did you ever think about accounting?” My wife is the head of accounting at Georgia State University, Catherine Miles. And so, I said, “Okay, we’ll try it.” So that’s how I majored in accounting all through undergraduate.

What was your first CFO gig?

My first CFO gig was at a company called Softlab owned by BMW. It was an entity located in Atlanta that wanted to bring the German product into the U.S.

Before Acuity, what was your favorite CFO gig?

My favorite CFO gig was actually Softlab. Just think about this, coming out in a company that was owned by Dun Bradstreet out of New York. A big company walks into basically a startup type operation. Of course, it had unlimited money, which was a good thing, but whenever you talk about a job, and you know, you get a hundred percent match on your 401k vested immediately. That’s about as good as it gets. It was a lot of fun. I got to negotiate the single largest contract while I was there for two and a half years of a little over $5 million with Principal Financial Group. So, it was a good thing.

How did you get started with Acuity? I think you’re coming up on your 10th anniversary this year.

A decade. Can you believe it? Actually, a former Acuity partner called me and said, “Would you be interested in joining our company?” I said, “I’ll talk to you, sure”, and that was one of the times I was in transition from another company. I met with Kenji and Stewart, and it sounded like something I wanted to do. That was about the time that small companies that usually hired or had been up until then, hiring CFOs on a fulltime basis, decided that they didn’t need to be doing that anymore. So, the market shifted to a fractional basis. They realize they’re going to probably be paying in some ways a little bit higher hourly rate than you would if you hired somebody fulltime, but you don’t have to give them any equity. At least back then you didn’t. So, it was a risk-reward play.

Excluding current clients, so you don’t hurt any feelings, who has been your favorite client to work with?

Let’s see who was my favorite client? I would have say it was probably Digital Assent. That was a fun one.

Shout out to Andy Ibbotson there.

He was a great guy to work with, and it sounded like a great opportunity. It was one of my first healthcare clients. So, it was fun to learn the healthcare industry while I was helping them out. And I know they went on to get sold eventually.

People ask all the time about what kind of impact a CFO makes. Can you look back at any kind of impact you’ve made or things you’re proud of, that probably wouldn’t have happened if you weren’t there?

From my perspective, it’s one of those things that, that a lot of people now will say, “I don’t know anything about back office. I don’t know anything about what makes it tick. And I’ve got investors asking me, ‘how much cash do you need?’ I don’t know. I have no idea. I know I’ve got to hire five people or 10 people or whatever and, and what’s that going to take and what’s it going to cost me” and so forth. So, the fact that that they sit back and they rely on the expertise that we bring to the table as a CFO service really makes you feel good that they need the help. They want the help. They might not like the answers sometimes, and they’ll challenge you at times. But when you have as many as you say, the seniority of the experience, if you want to call it that, that means you’ve got a lot of stripes on your back. Some of them, you know, you’ve earned them, some of them you don’t. But it is one of those things that, that you will just add that to the experience basket, file it away for use later.

What does a normal day look like for you?

Being a fractional kind of guy, your schedule is in flux a lot of times. It’s one of those things, I might have three meetings scheduled, two of them get changed or canceled and then pushed out. Again. That’s just one of the risks that you take as a fractional guy that you’re kind of down on the list unless there’s something they absolutely have to critically have at that point and day. So, you know, I try to schedule out as far as I can. Hopefully, customers and clients understand that. Scheduling isn’t the most difficult part of the job, but my typical day is fighting the schedule.

It seems like things have changed so much. Dating back to your first CFO gig, what’s the best change?

The best change is technology. Being able to communicate from anywhere. One of the other things that I was a staunch opponent to was cloud-based systems, up until I guess probably five to seven years ago. And that today is something, if anybody asks me, I tell them it has to be in the cloud now. Just for convenience, for security, safety, and access more than anything else.

The ability to communicate from anywhere. One of the VCs that I had dealings with early on before I became a fractional CFO, he basically expected entire teams that he had investments in to be on 24/7. And that means I’m working 24/7, and I expect you to. 12 to 14 hours a day is about my maximum because I do sleep occasionally. And when you’ve got a family that kind of takes over responsibilities. But having to deal with that, it’s a bane, it’s a plus, it’s a bad.

In this fractional CFO model now, when do you start making a dent? Is there a level of involvement or a certain number of months in, does it take for you to make an impact?

The biggest thing for me is getting to know the company from the inside. And what their products do and how they’re going to market with it. And you know, when can I become effective depending on what the project is or the most immediate need is, um, or the urgent need I should say. It can be fairly quick, can be the same week, same month. When I really start bringing value to the table is when I have a chance to know the management team and understand what kind of inner dynamics and interdependencies they have with each other and where they’re going. If I’m kept in the dark about where the company’s going, just here, build this budget, here are some assumptions, I can do that, but it’s not going to end well. It’ll be a set of numbers that they can use. But as far as any validity underneath it, it’s only as good as the assumptions. And if I don’t understand where the company’s headed and how it’s going to get there, what is it going to take from my perspective. It might give them some clarity for the moment, but it’s not going to be any type of long term.

Learn more about our fractional CFO services, or get in touch if you have specific questions for Graham. And stay tuned for more Behind the Books interviews — coming soon!

Mary Margaret Stewart
Behind the Books
May 4, 2021