Press enter to begin your search
Behind the Books

Behind the Books: Meet Todd Serulneck 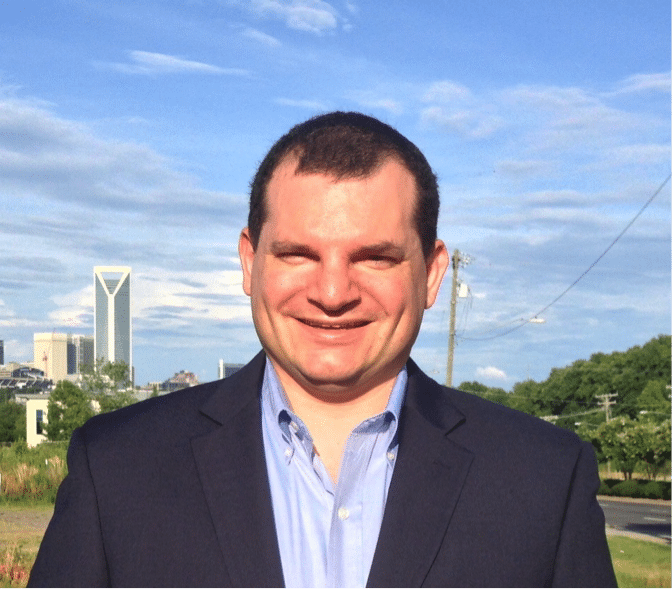 In this edition of Behind the Books, we’re learning more about our Managing Director/ Charlotte-based CFO, Todd Serulneck. If you’d like to skip the transcript, you can watch the full interview at the bottom of this post.

We’ll start with an easy question. Where are you from?

I grew up in Massachusetts, I went to school in New York, and I lived up and down the east coast, Atlanta, southern Florida. And now I’ve been in Charlotte for 11 years.

You say Charlotte, but I know you don’t technically live there. Where do you live now?

Well, technically it’s Indian Land, South Carolina. Charlotte’s one of those cities where you’re right on the border. It’s like Hoboken.

Awesome. So you can live in a different state than where you work?

Yes, because I refuse to pay unethical taxes. I grew up in Massachusetts; it’s all Boston Tea Party. I refused to be taxed without representation.

That’s awesome. So how did you get into accounting and finance?

It was interesting. I went to Columbia Business School in New York, and originally I was thinking general management or information systems. I had been working in IT for a few years. When you go to a business school in New York, you pretty much get bitten by the finance bug. It’s fairly unavoidable. Whether it’s NYU, Cornell or Columbia, you’re going to end up in finance. It just works out that way.

So it started steering you down that path?

Yes. When you get into your second year of business school, you look at the course catalog, and they give you choices, and the opportunity to learn from people at Morgan Stanley, people who work in real estate, at the Empire State Building, and at the time, the World Trade Center. They understand real estate, finance, and securities analysis. To be able to sit in class and have CEOs like Warren Buffett, and Calvin Klein roll through is impressive. There were a bunch of people that we had the chance to meet; people from Ferragamo, Wally Amos from Famous Amos Cookies, the CEO of Chrysler, Jack Welch, they just all come flying through and you’re just like, “I want to be a part of that. That’s cool.”

One of my questions for you is how much joy did it bring you to know that your parents were able to tell people that their son works at Walmart’s corporate office?

For me, I’m a modest person, so the whole thing about my parents bragging about, “Oh, he got into this school, he did this, he did that,” I’m relatively lowkey in that regard.

What was the best part about working at Walmart?

The coolest thing I did at Walmart was to deal with the government affairs people. I had never imagined working in a role where you actually have people whose job it is to send you the legislative agenda by state and then call you once in a while and say, “What do you think about what’s going on in Raleigh or Atlanta?” They’re asking you for an opinion on some piece of legislation. For me, that was insane.

My favorite client is a venture capital firm, Task Force x Capital. I’ve known the founder, Brandon Shelton, for about ten years and what he’s come up with is an interesting spin on venture capital. Instead of the common goal of investing in 20 companies to hit it big and the rest, you toss away; his theory is to invest in 20 companies and actually give them resources and make sure that they are as successful as they can be. No one gets thrown away. He believes that since these entrepreneurs are coming from the military, they’re going to have a particular skill set and work ethic. They’re resilient and can keep pounding away. Being able to bring different resources like finance, HR, and strategy to an entrepreneur, it’s an exciting concept, and it’s specific to veteran-owned companies. After landing him as a client, it made me realize that there was an opportunity for me to focus my practice on veteran-owned businesses and work with these founders. There’s a common background there, and there seem to be similar personalities in terms of how they approach business. Unfortunately, there are also similar gaps, but it allows me to sit down and have a nice conversation with them.

Brandon occasionally introduces me as his CFO, but I’m really a part of their due diligence process. He’ll work with entrepreneurs who are taking their first go at a company so they have a weak, relatively simple financial model that needs to be fleshed out before you can invest. I’ll often end up working with these companies and applying some pragmatism to their thinking process and see what their business is going to look like. What is the burn going to be? How much cash will they need? How long is this round going to last them until they need to raise again? I ask a lot of the fundamental questions that are very important for an investor to understand.

Switching it up, what does a typical day look like for you?

There’s really no such thing. Right now, I’m trying to build some habits to try and create some structure. Ideally, I do some sales work. I have lists of companies that I want to talk to and a list of people in my network. I try to make a few phone calls. I also try to spend some time on my marketing efforts by doing some social and personal branding. Then about half of my day is entirely client focused, sometimes that includes helping a controller finish a close.

That’s cool. Who have you found needs CFO services? At what stage and what’s going on in their business at the time?

I typically see three situations. I see an established business, small or medium size, but established. They’ve had an office admin or bookkeeper for a long time, and the business has grown faster than the skillset of the person holding that role. When this happens, the CEO is looking for something more; they’re just not sure what that is. They’re looking for something forward-looking, for an understanding of what their cash position is going to be, are they going to be profitable. These things are outside of their current person’s skillset. This is a perfect client for a CFO. We’re not looking to replace that trusted person in the business; we’re looking to work with them and add on to their capabilities by getting more information out of them and helping them produce forward-looking projections on the business.

The second situation has a lot to do with the Tax Cuts and Jobs Act. A slew of companies knew that they were going to get money back due to the tax cut and weren’t sure what to do with the sudden influx of cash. They’ve never grown their business, so they felt the need to sit down with me and model out a few scenarios. The third situation that we’re seeing is due to the low unemployment rate. With the job market the way that it is right now, I’m seeing a lot of turnover with controllers and accountants. You go from holding the fort down while the business owner looks for a full-time replacement, but then you have an admin that would rather be focusing on customer service over bookkeeping, and that’s where we come in.

Do you think that’s the secret sauce here at Acuity?

I think it is, to a certain extent. One of the things we’re able to do because we’re doing this at scale, we’re building an extremely valuable knowledge base. Our goal is to go with what works best for our clients; we’re extremely client focused. We’re putting a focus on building up our expertise in the products that we use. We’re looking to provide excellent service to our customers and our clients, so to be able to be software experts and the customer is paying us as opposed to the software company, our allegiance is to the client, not the software company, and I think that’s an excellent model. 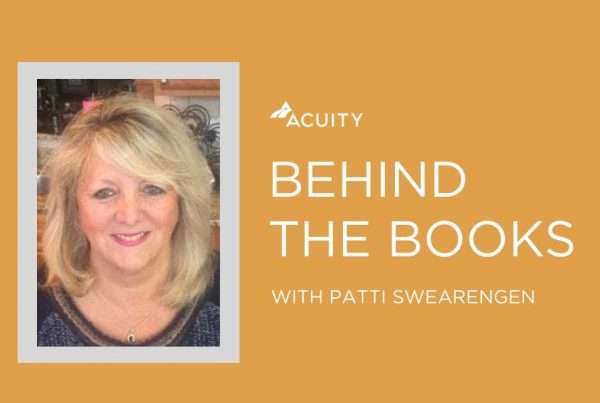 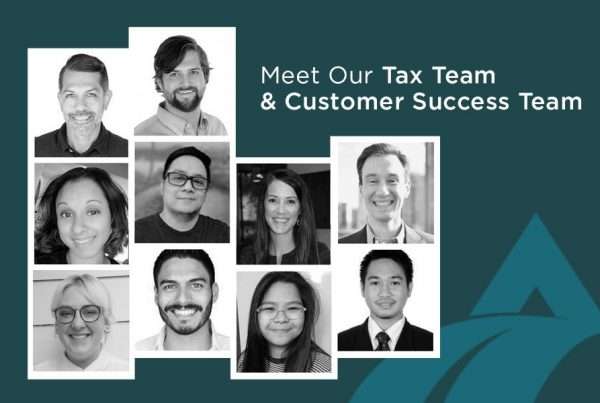 Meet Our Team of Tax Experts and Customer Success Advocates 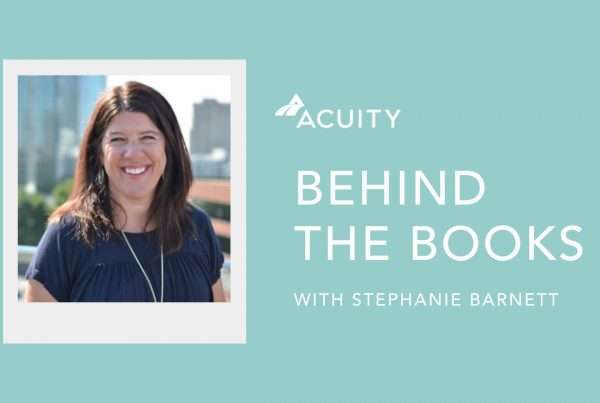 Behind the Books with Stephanie Barnett