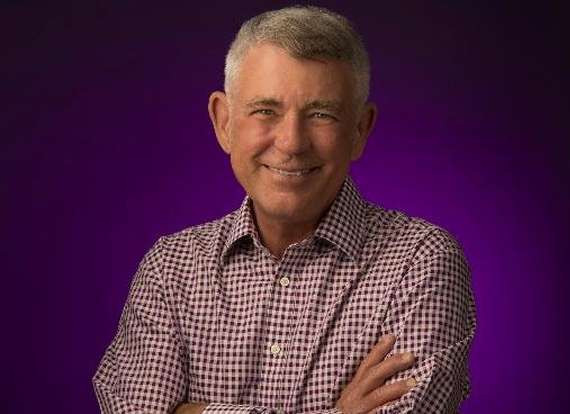 Areté: n., the principle of achieving your highest potential and the pursuit of excellence.

This is what inspired the launch of CEOIQ, a robust collection of personalized, hands-on and virtual leadership resources, aimed at helping CEOs and their teams reach their highest potential, grow their companies, and learn from each other.

We sat down with Ben Griffin, founder and president of CEOIQ, to learn more about how he turned a word into a philosophy, and a philosophy into a company.

Read our Q&A with Ben below, or scroll to the bottom of the page for the full video interview.

I would love it if you could briefly tell us the story of CEOIQ, how you got started, and where it all came from.

Sure. I started CEOIQ actually 20 years ago. It was kind of weird having a 20-year-anniversary in this COVID mess because I had planned celebrations and having all my clients come to my house and all that.

20 years in 2020. I left my last corporate job in 1999, and I really wasn’t quite sure what I was going to do. I got enamored with the idea of working with smaller to midsize companies and helping them grow and develop their businesses, and I realized I could do that through a combination of advisory services.

I don’t do much in the way of pure consulting. I really provide advisory services and workshops, and I want my advisees to come up with the answers themselves based on the questions that I am presenting to them. So, I crafted this to be an advisory to CEOs, providing them with the assets and best practices they need to excel.

I started it from dead scratch 20 years ago, and it took four or five years to really build it up. I’d come out of corporate America where I had been a turnaround guy for 15 years. You probably didn’t want to see me on your doorstep because we probably weren’t going to have a lot of fun together. I was there to either fix it or close it, and I did about six of those assignments around the country. I got tired of putting X’s on the org chart and closing offices and all that sort of stuff, and so this sent me on a new course for this part of my career. I’m gonna keep going until they carry me out of the meeting room on a flip chart one day!

Oh, that’s too funny. It’s kind of like you switched from being the one who had to do the cleaning up and closing doors, to someone who is helping CEOs keep their businesses going and growing.

It’s a lot more focused on growth and doing something different. Over the last 20 years, I’ve seen about $600 million in sale transactions from my clients.

One of my clients actually just had a very successful $60 million sale transaction, which is really, very cool. And when I started working with him 12 years ago, he didn’t even have a balance sheet. He had all these receivables on the side that were not on his balance sheet, and they weren’t contributing to the shareholder’s equity of his company—he was dramatically understating. I worked with him and his attorneys over a long period of time to really get the business to where it needed to be in order to sell. Then we successfully executed a transaction. So, you know, that’s been the most exciting part of it.

Unfortunately from time to time, my turnaround skills come into play because someone is in trouble, but it’s comforting to know that I can reach into that kitbag if I need to. What I’ve loved about doing this for 20 years is that I get to use everything that I have learned in 50 years of being in business, while still getting to learn something new everyday. It keeps me on the edge, engaged, and active.

Awesome. Thanks for sharing that. So I saw on your website, there’s this really cool word that you use and I’m not sure if I know how to pronounce it correctly. Is it Areté? Can you tell us kind of what that is, and why you chose that word to focus on?

Areté. This is an ancient Greek word that goes back 2000 years and was commonly used by people like Aristotle and Plato.

While there’s no direct translation in English, areté is about the pursuit of excellence and achieving your highest potential. It was popularized in our culture in the 1970s in a book called Zen and the Art of Motorcycle Maintenance by a guy named Robert Pirsig. There is an entire chapter about areté in his book.

It really struck me that that word summed up why you would be a part of CEOIQ, because the value is in diversity and that for each one of us, our pursuit of excellence and achieving our highest potential will look different.

You know, I may be running a hundred million dollar business with 600 people at it, but there is something I can learn from the guy sitting next to me who’s running a $10 billion company with 50 people. We can appreciate the differences in our pursuits of excellence and achieving our highest potentials, and know that there is an opportunity to learn from each one of us.

So areté resonated with me in a huge way, and I’ve made it a foundation of our practice at CEOIQ. We use the term, and the journey of our attainment of it, because it’s an endless journey with no endpoint and no destination.

I love that. That’s awesome. And that’s the perfect segue into my next question. I noticed that some of the coolest things you do are the peer groups and the leadership labs for CEOs and other company leaders. These seem to be really driven by innovation and collaboration, amongst groups of people who can learn from each other. In this virtual day and age, how do you think companies and leaders within those companies can leverage group activities in the same way?

Sure. We were required to pivot very fast in March of this year. For example, I do executive coaching and I meet with each member of these peer groups — face-to-face — for about 90 to 120 minutes. And I’ve got some guys who say, ‘I never want to do anything but meet face-to-face. I always want to sit across the table from you and be eyeball-to-eyeball with you,’ and they had to go virtual.

And so what I think all organizations have had to do is embrace virtuality in their business, which of course has brought up it’s own set of problems. How do you keep people engaged virtually? How do you deliver bad news virtually?

All of my groups have been meeting virtually because we can’t meet face-to-face.  We’ve had to completely change how we interact with each other. It means shorter meetings, more breaks, more compressed content.

As we got through the crisis, we started making the virtual meetings more fun, and sort of like a virtual happy hour. So we’ve had to shift and think about things differently, and I think what’s interesting is that a whole lot of companies have found, you know, that we’re all pretty effective at this.

And it costs a lot less; that’s kind of been the revelation. It’s totally doable, you have to think differently about it. And Mckinsey & Company is using this term “the next normal,” which really does a great job of describing where we are headed. We are headed to a new normal, and it’s doable. You can be effective. You can leverage your team effectively. You just have to think differently.

Some of what you were saying reminded me of how conferences are seeing this. If they go virtual instead of face-to-face, then they can accommodate the thousands and thousands of people signing up for their content. Before there was always an issue with space capacity.

That’s very true. I mean, you’re still missing the informal in-the-hallway and the cocktail lounge interaction, which is an important part of those events — no question about it. I was in a virtual Zoom meeting with about 30 people the other day, and I put them in virtual break out rooms and gave them specific topics to talk about. And it was hard to get them back — they didn’t want to leave the breakout room. And of course, it’s not perfect, and it’s not really a substitute for the informal interaction that happens at in-person conferences, but it’s definitely more cost-effective and it’s the cards we were dealt right now. You see companies spending so much less on going to trade shows and spending $1,000 on a booth, and they are still doing fine.

Awesome. So for my last question… I saw that you do a podcast and some blog posts as well, and some of the more recent ones were about insight into hiring and interviewing potential employees during COVID-19 while everything is virtual. So as I imagine, a lot of that is about preparation and finding the right candidate, right? But the other half comes down to trust in the virtual workforce. Which brings me to Acuity as your virtual accountant for us. I’m just curious to know the behind-the-scenes — what has it been like to hire an outsourced financial team, and have confidence and trust leading the way with that?

Yeah, it’s been really good. I’ve been with Acuity for six years now, and it’s really just my wife and I — I have independent contractors and such, but we are the two sole employees. And solopreneurs wear every hat imaginable.

I have enough of an accounting and finance background to where I was doing my own bookkeeping, which meant that Quickbooks lived on my computer. I was under so much stress because my books were always six months behind. I was in total disarray, and I’m stressed out to the max trying to catch it up for tax purposes. I can’t get any work done for my business because I’m spending so much time on my books.

I told my virtual assistant to find me a bookkeeping service, and she found you guys. And to be honest I was highly skeptical, because Acuity wanted me to switch over to Quickbooks online, which meant all my information was going to the cloud. And as a life-long control freak, it was a difficult transition to make.

But my endorsement of Acuity is that you guys make it easy by building a trustworthy relationship from the beginning. And it has made it so nice to dial into Quickbooks online and trust the balance that is there. It has taken so much stress off of me, and I couldn’t imagine doing anything else. It has been, without a doubt, one of the top two or three business decisions I’ve made in the last six years.

That is so great to hear. I love that you’ve had such a great experience and that you trust our team, because that’s everything we work for.

The fundamentals of knowing every single month that my books are right is invaluable. It frees up so much of my time and allows me to focus my energy on my business, rather than trying to play junior bookkeeper.

Yeah, and you are able to make informed and confident business decisions that revolve around correct finances.

We know that your path to your company’s areté is always top of mind. We can help you optimize your time by providing efficient bookkeeping services and solutions, allowing you to keep in your pursuit of excellence.